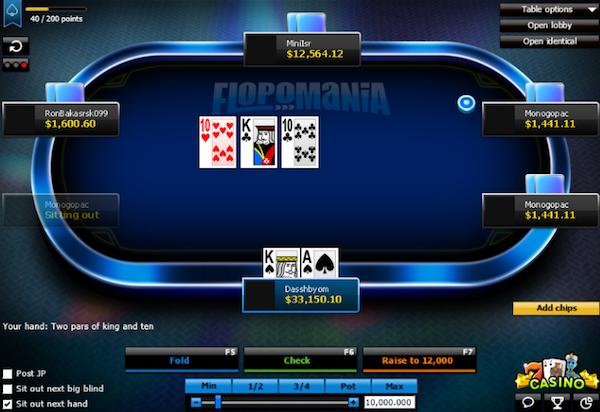 The Push or Fold versions of the game also exist. In such variations the players can fold their hands or place bets that are ten times the ante amount; the bets have a cap limit and there can be multi dealing of hands. For those who have not tried Flopomania, it is a new game that has come to town; it promises to be bigger than Blast jackpot.

This sit and go tournament had also seen success when it was launched, but Flopomania has seen much more since it was launched. Participants have been much more, by fifty percent or higher in this event as compared to the first day that BLAST was announced online. Players have increased at 888poker website as a result, much more on a Sunday than what is usually seen. The current increase in participation is probably due to the introduction of Flopomania. The experts who reviewed the new game stated that there is no preflop round in the beginning, which has increased the speed of the game in a significant manner.

With the success that Flopomania has seen, it has led to record participation in cash games at this site in the last week of August.